Inverness Church Update: The Church Worship Service will reopen on Sunday, May 31st at 10:55 AM! Praise God! There is no Sunday School, Kid's Church or Nursery at this time, we wil follow saftety guidelines as we return, more will be posted. We'll reopen other ministires later in the year, ministry will continue online with Wednesday Stream Messages, ESL Zoom Classes and other online classes being developed for Youth/Children and more as able. Pastor Mick will live stream messages on the Inverness Presbyterian Church Facebook Page Wednesday at 7:00 PM and Sunday at 10:00 AM the next two weeks and then will move the Sunday Stream to 2 pm. The messages are saved there to listen anytime. Call/Text Pastor Mick at this Emergency Line if one arises, 443-515-7114.  Help care for the Church Staff and expenses by giving online here at invernesspca.org or mail in your offering to the Church, 7909 Wise Ave, Dundalk, MD, 21222 during this time. God is good! Trust in Him as we go forward! 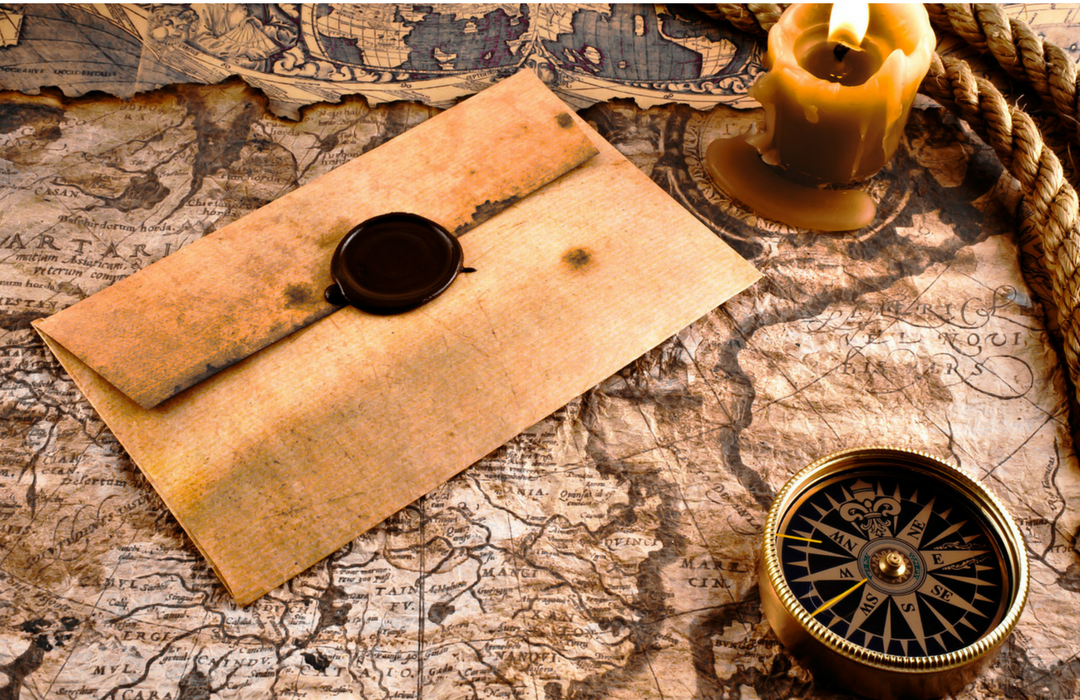 I first met Nick Batzig in 1993 when I became the pastor of Golden Isles Presbyterian Church (PCA) on St. Simons Island, Georgia. Nick and his family were members of the church. Nick was sixteen years old and a member of our church youth group. I have always loved Nick and consider him a dear brother in the gospel ministry. Nick is very bright and an excellent writer and I have benefitted from a number of his posts.

However, after reading Nick's post, "City to City Evangelism"--which recently appeared on Ref21--I believed that I needed to respond to it and defend the use of door-to-door evangelism and open air preaching. First, at the end of Nick's post he gives his "take" on how he believes a church can be most faithful and effective in evangelism. He mentions "equipping the congregation to be outward focused, intentional about inviting unbelievers into their homes and ultimately to sit under the preaching of the Gospel in the local church." He says this might look like a Christianity Explored course. . . hosting a Mother's of Preschoolers group. . . inviting friends to local church Bible studies. . ." And to all of these suggestions I say, "Amen. Wonderful." I have always said that I am in favor of any method of evangelism as long as it is doctrinally sound. By all means, we must equip our people with a desire to reach out to their neighbors, to have them in our homes, and hopefully to bring the good news of Jesus Christ to them.

I take exception, however, with Nick's assessment that door-to-door evangelism is not for today, that it was probably not taught by Jesus, and that open air preaching was unique, reserved for "the intertestamental period which was a transitional period during which the New Covenant church was being established among unreached people..."

Nick objects to the notion that door-to-door and open air proponents use Jesus and the apostles as the paradigm for such ministry. He says, "The same line of reasoning is, interestingly, made by Charismatics with regard to many of the supernatural practices descriptively outlined in the book of Acts. Anyone reading the Gospels or the book of Acts must surely recognize that these were no ordinary times."

First of all, to compare Charismatic supernatural gifts with open air preaching and door- to-door evangelism is like comparing apples to oranges. Most of us would agree that the manifestation of the supernatural gifts at the time of the apostles were revelatory in nature and thus limited to the Apostolic era, whereas their practice of Apostolic evangelism was their way of "doing business." As Roland Allen states in his classic Missionary Methods: St. Paul's or Ours, a Study of the Church in Four Provinces all pastors, missionaries, church planters must decide which paradigm of ministry they will choose to use. They may use what seems right to them, what the latest missiological studies may tell us, or they can use the paradigm of Jesus and His apostles. 1 I believe we should and must choose the method of Jesus and His apostles. Allen clearly lays out for us how the apostles and Jesus "got it done." The question is not, "What wouldJesus do?" Rather it is, "What did Jesus and His apostles do?"

Both Allen and Ray (The New Testament Order for Church and Missionary) are very quick to admit that the only explanation for the success of the early church was not their methodology, as important as that was, but rather the vibrant ministry of the Holy Spirit. While I am a strong proponent of door-to-door evangelism and open air preaching I am also very cognizant of the fact that if the Holy Spirit does not "show up" then our labors are absolutely and completely in vain. But the promised Spirit was poured out at Pentecost and every believer is baptized with the Spirit upon regeneration and every believer can and should seek the filling of the Spirit every day in their lives (Ephesians 5:18, Luke 11:1-13). May I state the obvious, the task of evangelizing the lost in any day, and that certainly includes today's post-modern western world, is impossible without the outpouring of the Holy Spirit. It goes without saying, that such a truth must drive us to fervent, revival prayer.

Nick suggests that Jesus was not actually teaching door-to-door evangelism in Luke 10, that it was more city-to-city. At the very least, in this passage, we can say that Jesus was sending His disciples to the people of these towns and they did engage them in some form of door-to-door evangelism. Why? Because He told them, "Whatever house you enter, first say, 'Peace be to this house. . . and stay in that house, eating and drinking what they give you,'" (Luke 10:5,7). And when Paul gives his farewell address to the Ephesian elders at Miletus he reminds them that he did not shrink from declaring to them anything that was profitable, teaching them publicly and from house to house, solemnly testifying to both Jews and Greeks of repentance toward God and faith in our Lord Jesus Christ (Acts 20:20,21). That sounds like open air and door-to-door evangelistic ministry. Some may suggest that Paul is speaking pastorally here about ministry to believers, but again one does not normally testify solemnly of repentance toward God and faith in our Lord Jesus Christ if he is only building up the saints. And after Peter and other apostles were beaten by the Sanhedrin, they were sent on their way, but every day in the temple and from house to house they kept right on teaching and preaching Jesus as the Christ (Acts 5:42).

We know the Old Testament prophets preached in the open air. While building the ark, where else would Noah have preached but outdoors? And Jude tells us that Enoch, from the seventh generation after Adam, came with thousands of His holy ones to prophesy, to proclaim God's judgment, and to convict the ungodly (Jude 14,15). There were no synagogues at the time. Enoch and his fellow preachers clearly preached outdoors. Even after the building of the Tabernacle, Moses preached outdoors. All the prophets almost exclusively preached outdoors. The revival in Nineveh through Jonah's preaching was done outdoors (Jonah 3:4). Ezra's sermon which God used to bring revival was preached in the open air (Nehemiah 8:1-6). And in the New Testament era, it is true that Jesus apparently preached His first sermon in a synagogue (Luke 4:14- 21), but after that He mainly preached outdoors. Where was His Sermon on the Mount (Matthew 5-7) preached? How about the Olivet Discourse (Matthew 24,25)? Furthermore almost without exception the sermons mentioned in Acts were all preached outdoors. Obviously we need preaching behind a pulpit in a church building on the Lord's Day. That's a no brainer. But where in Scripture are we ever told to preach only on the Lord's Day? The gospel is to go forth daily, everywhere people gather.

Okay, so now I hope you see my point that open air preaching was done in both Old and New Testament times. But what about in more modern history? In their book A Certain Sound: A Primer on Open Air Preaching,2 Ryan Denton and Scott Smith cite Michael Green who in his book Evangelism in the Early Church says there is ample evidence to prove that open air preaching continued from the time of the apostles through the second century A.D. To go further, a preacher named Aldan, in the seventh century went from town to town on horseback preaching in destitute regions. And of course George Whitefield, Daniel Rowland, Howell Harris, John Wesley, Jonathan Edwards, and William Tennent all preached to thousands in the open air in the Eighteenth Century. The great Reformed Baptist preacher Charles Spurgeon devotes two chapters of his very instructive book Lectures to My Students on the viability and necessity of open air preaching. So to discount the practice of open air preaching is to dismiss a vital method of reaching the lost. I am not saying that open air preaching and door-to-door evangelism are the only means by which we should evangelize; but I am saying that we have no right to dismiss them as impractical in today's world.

I am sure Nick means no harm to the work of reaching the lost in our communities, but I fear that most of us, frankly, are looking for any excuse not to evangelize. Let's face it, most of us are cowards and don't want to face rejection and ridicule. I get it. So when a thoughtful brother like Nick questions the viability of door-to-door and open air preaching then it discourages people from actively engaging in regular, consistent evangelistic ministry. So, by all means, let's encourage our people to have an outward focus, to get to know unbelievers, and to have them in our homes, but at the same time let's champion those faithful evangelists who go door-to-door and who faithfully and Biblically proclaim the excellencies of Christ in the open air.

1. Roland Allen, a missionary in Uganda around 1925, wrote both Missionary Methods and The Spontaneous Expansion of the Church. Both are must reads for any missionary, church planter, or pastor. May I also recommend another book which goes into even more detail, The NewTestament Order for Church and Missionary, written in 1947 by Alex Rattray Hay, a missionary in Buenos Aires.

The Resolutions of Jonathan Edwards

Join us Sunday at